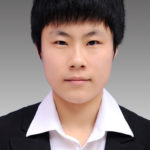 Standard terms, which are very common in drawing up contracts, can easily lead to contract disputes. Principles of International Commercial Contracts (hereinafter referred to as PICC) made general provision for standard terms, which could provide reference for the legislation of different countries, and is applicable to judiciary and arbitration. For instance, the definition of Article 2.1.19 in PICC to standard terms is: standard terms are provisions prepared in advance for general and repeated use by one party and are actually used without negotiation with the other party.

Article 2.1.20 stipulates circumstances for surprising terms, namely, invalidity of standard terms: no term contained in standard terms which is of such a character that the other party could not reasonably have expected it, is effective unless it has been expressly accepted by that party.

The case was judged by the Intermediate People’s Court of Guangzhou, China. Article 10 of Installation Application of Global System for Mobile Communications (GSM) Contract, which was provided by a telecommunications company, stipulated that “after being suspended for three months, the company has the right to transfer the user’s number to someone else without refund any of the network charges.” The court held that this was a form of standard terms only emphasizing their own rights but ignoring the interests of user’s. Thus, this term has damaged the plaintiff’s property rights and interests and violated the fairness principle. Therefore, this standard terms shall be invalid. The telecommunications company shall bear civil liability for its transferring of the plaintiff’s telephone number.