The President represents the Association, is responsible for the day-to-day management and for the execution of the decisions of the General Assembly, of the Board of Directors and of the Management Committee. President chairs the meetings of the Association’s bodies and all of its activities in general, carrying duties with the assistance of the VicePresident, the last Past-President, the General Secretary and the Treasurer.

The President is elected by the Board of Directors from among its members for the period of 2 years. The mandate of the President may be renewed for the same period. 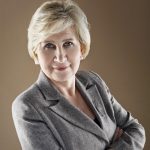 In the period 2003 – 2016 and 2013-2016 she was a member of the Board (2014 – 2016 Vice-President) and the Chairperson of the Foreign Affairs Committee of the Polish Bar of Attorneys-at-law; in 2015 President (2012-2014 VicePresident) of the Council of Bars and Law Societies of Europe (CCBE). Nowadays she is a member of the BIC Policy Committee and Credentials Committee at the International Bar Association (IBA) and the Co-chair of the PECO Committee at the CCBE.

Maria is a founding partner of the Ślązak and Partners law office, with a long time experience in advising and representing in courts businesses from various sectors. She specializes in comprehensive advisory services to foreign investors as regards both commercial law and property investment, general principles of tax law, competition law, legal services to banks and foreign investment funds, negotiations and drafting of contracts, among the others within pharmaceutical law; dispute resolution between parties through negotiations or mediation and, only when necessary, through court and arbitration proceedings.

She currently is an Arbitrator of the Court of Arbitration at the Polish Chamber of Commerce in Warsaw and at the Polish Confederation of Private Employers Lewiatan.

She graduated from the Faculty of Law, Nicolaus Copernicus University in Toruń and completed a study in European and British law organized by Cambridge University; post-graduate tax law studies at the Warsaw School of Economics. Maria has participated in internships for several months in Canada, Denmark, and Ireland as well as in numerous professional seminars in Poland and abroad.

Maria has been awarded a number of decorations, including one from the Minister of Justice for merits to the Polish justice system in 2011, the Golden Paragraph (Złoty Paragraf) Award in 2012 and 2016 for the best attorney-at-law in Poland, the Award of Luarsab Andronikashvili of the Georgian Bar Association (as the first foreign lawyer) and Great Order for Merits for the Republic of Austria.