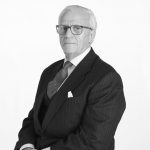 On the invitation of the President of the Bar of Senegal, Mbaye GUEYE, our past President and Member of the Board of Directors of the European Association of Lawyers AEAEAL, Jean-Pierre van Cutsem represented our Association in the Conference of the Senegal Bar on training of lawyers. The program of the Conference included three main parts, not to mention social activities (cocktail dinners, excursions, etc.)
– Monday February 14: Welcome of participants and screening of a film about the Senegalese Bar Association
– Tuesday February 15 and Wednesday February 16 a symposium organized by the Senegalese Bar Association about Regulation No. 5/CM/UEMOA on the new skills for lawyers connected with representing clients under arrest.
– Thursday February 17 a Ceremony of “Rentrée Solennelle de La Conférence du Stage“. The Senegal Bar Association is a national bar affiliated at the Constitutional Council, the Supreme Court and the Courts of Appeal. It brings together lawyers from all over Senegal, regardless of the jurisdiction of the Court of Appeal where they are based. The headquarters of the bar is located in the capital city of Dakar. The bar was created by Act No. 84-09 of 4 January 1984, and the President of the Bar, is elected for a two-year term; he heads the bar and is assisted by the bar’s Council. As for the colloquium on Regulation No. 5/CM/UEMOA, it proved to be very informative on the role of the lawyer. First of all, it should be pointed out that UEMOA,
“Union Economique et Monétaire de l’ Ouest Africain “, groups together the countries that use the CFA as their currency, was created in 1994 and currently groups 8 West African countries, namely: Benin, Burkina Fasso, Côte d’Ivoire, Guinea-Bissau, Mali, Niger, Senegal and Togo. The Bars of the UEMOA countries are gathered in the UEMOA Bar Conference currently chaired by the President of the Bar of Senegal. As in the European Union, the Regulations adopted by the WAEMU Council of Ministers are immediately applicable in the national legal systems of the various UEMOA member countries. On 25 September 2014, the UEMOA Council of Ministers adopted Regulation No. 05//CM/ UEMOA on the harmonization of the rules governing the legal profession in the UEMOA region, which entered into force on 1 January 2015. The theme of the colloquium was article 5 of these Regulations, which states: “Lawyers shall assist their clients as soon as they are arrested, during the preliminary investigation,
on police or gendarmerie premises or before the public prosecutor’s office”. It is the notion of arrest that is the subject of debate and a circular from the Minister of Justice of Senegal No. 00179 dated 11 January 2018 specifies that the notion of
arrest would encompass a broader reality than police custody and that it actually extends to all situations in which the suspect is at the disposal of the Judicial Police Officer for the purposes of an interrogation or investigation. In the course of the interventions and debates it emerged that, although the Regulation is indeed directly applicable in the domestic legal order, the implementation of the provisions of the said Regulation is more advanced in some UEMOA countries than in others; but that in any case significant progress has been made since the entry into force of the Regulation. It seems important to note that many judicial police and gendarmerie officers also participated in the seminar and therefore had the opportunity to better understand the rights of lawyers when they intervene alongside their clients from the moment they are arrested. Thursday February 16th was devoted to the “Rentrée Solennelle de la Conférence du Stage” and consisted of many speeches, including intervention of the Minister of Justice representing the President of the Republic of Senegal, President of the Bar of Senegal and his successor, Mr Papa Laïty Ndiaye, who will become President of the bar in July as well as many other speeches, including the former President of the Bar of Paris. These speeches were followed by interventions of two Secretaries of the Conference It was well-organized and very successful event. As the AEA-EAL extends to the countries of Eastern Europe and Asia, it would be important for it to also look to Africa and the lawyers of UEMOA, whose values seem very close to those of the lawyers of the European Union.