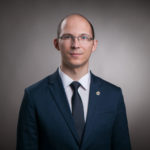 The number of international marriages is growing every year. Family law relations between citizens of different states is complicated by differences between the laws of different countries. The lack of a unified approach to regulating family relations and international treaties between Russia and other countries only exacerbates this state of affairs. And existing international legal acts, such as the Convention on the Civil Law Aspects of International Child Abduction (The Hague, October 25, 1980) cannot guarantee the protection of the rights of foreigners in Russia. In protecting the rights of foreigners, an integrated approach should be taken. For example, use mechanisms to protect the rights of foreigners in his country of residence, as well as in Russia. You should also remember that in such cases you need to act as quickly as possible.

If you want to protect your rights, act fast

If a foreigner wishes to return his child back to his country, action must be taken immediately. This is exactly the case when time plays against a foreigner. I will explain. When the child’s mother comes to Russia, she begins various lawsuits against the child’s father. Divorce (which in Russia can be done in one month), determining the place of residence of the child with the mother, collecting child support from the child’s father, complaints about the father to law enforcement agencies and so on. All this is done so that it is more difficult for a father to win a lawsuit on a dispute about a child.
Therefore, it makes no sense to wait. First of all, it is necessary to understand whether the Russian Federation and the country whose father is a citizen have ratified the Convention on the Civil Law Aspects of International Child Abduction (The Hague, October 25, 1980). If so, then you must contact the competent authorities of the country where the father of the child lives, as well as the competent authority in Russia – the Ministry of Science and Higher Education of the Russian Federation.
Within about one or two months, you need to go to court in Russia under the above mentioned Convention. Before applying, it is necessary to collect documents that substantiate the position of the father: the child’s place of birth, the fact of the length of stay, the child’s language, and others. In Russia, specialized courts have been created that are authorized to consider a similar category of disputes. The trial is fast. Priority – urgency of the proceedings.

What if there is no international agreement

In this case, everything is much more complicated. As a rule, a foreign father begins to file various applications with the courts in his country, restrict the mother and child from leaving Russia, initiate criminal proceedings against the mother for the abduction of the child, and so on. But all this only exacerbates the protection of a foreigner in Russia.
The fact is that if there is no international treaty, then your rights will have to be protected in a general manner in Russia. Legislation in Russia establishes the equal rights of Russian citizens and foreign citizens. Even guided by the Family Code of the Russian Federation, it is possible to oblige the mother of the child to provide the child for communication with the father. Moreover, if the child is ten years old, then the court takes into account the opinion of the child. For example, if a child says that he wants to live with his father, the court must take into account this opinion. In judicial practice, this often happened that the child expressed his opinion and the court gave the child to his father.
On the other hand, if it is established in court that the father of the child somehow worsened the situation of the mother, this could negatively affect the civil case. In other words, the court may restrict the father from communicating with the child. For example, due to the fact that there is a threat of the child being taken out of Russia.