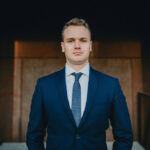 I. Statement of facts

Mr Andrzej Jezior, residing in Ryglice (Małopolskie Voivodship) [Applicant], ran a blog related to local matters. He was also a candidate for the municipal council in 2010. Readers of the blog were able to publish comment without the need to register an account. However, the Applicant did include a letter of instruction in which he indicated that he was asking for only thoughtful and factual comments, and not suppositions. Moreover, the comments could not be offensive. The Applicant also encouraged to publish comments signed with full name and not anonymously. On 5 November 2010 (about 2 weeks before the local elections), an anonymous offensive comment was posted on the blog about the mayor of Ryglice, who was seeking re-election, and his family. It was immediately removed, but after a while it was posted again. On 9 November 2010, the offensive comment with identical content was re-published and then removed immediately. As a result, the Applicant decided to introduce access control and require prior user registration.

I. a) Judicial proceedings under the Election Act (ustawa o ordynacji wyborczej do rad gmin, rad powiatów i sejmików województw z dnia 16.07.1998 r.) [Election Act]
On 12 November 2010, the mayor submitted an application to the court under Article 72 of the Election Act. By the judgment of 15 November 2010, the regional court in Tarnów allowed the mayor’s request, forbid the Applicant to further disseminate the content of the comments on the blog and ordered to apologize mayor on his blog. Moreover, the court ordered the Applicant to pay 5.000 PLN (around 1200 €) to a charity organisation and reimburse the court fees. In the reasons for the judgement, the court emphasized the special nature of the procedure governed by the Election Act, pointing out that the purpose of this procedure is to ensure that remarks that have not been proven and may adversely affect the candidate’s reputation during the elections are corrected as soon as possible. Considering Article 72 of the Election Act and article 24 of the Civil Code, the court found that the comments published on the blog were propaganda material and their content was unproved. Furthermore, the court concluded that the Applicant is the party who maintained the blog and therefore was obliged to ensure that the comments on it were truthful.
The Applicant appealed to the Kraków Appeal Court, arguing that the first instance court had failed to take into account the blog’s specific nature as a means of communication and had wrongly held him responsible for the content of the comments posted on the blog. Moreover, the applicant indicated that the court of first instance did not consider article 14 of the Act on the provision of electronic services of 18 July 2002.
By the judgment of 17 November 2010, the Kraków Appeal Court dismissed the Applicant’s appeal. He shared the position of the first instance court, finding that the Applicant was in fact responsible for the comments posted, as he had not prevented their publication.

I. b) Judicial proceedings under the Civil Code of 23 April 1964 regarding the protection of personal rights
After he failed in the elections, the mayor sued the Applicant claiming that there was an infringement of his right to good name under Article 23 and 24 of the Civil Code. By the judgment of 3 October 2011, the Regional Court in Tarnów upheld the claim and obliged the Applicant to apologize the mayor by publishing a statement in the press and to pay 1.000 PLN in respect of non pecuniary damage.
The Applicant appealed against the first instance ruling. By the judgment of 19 January 2012, the Kraków Appeal Court overruled the judgment and dismissed the mayor’s claim. The court found that it was undisputed that the comments infringed the mayor’s personal rights, although the Applicant himself was not their source. The court stated that the requirements of freedom of expression and the specificity of Internet hosting services preclude any form of prior checking by the host of the content shared. Even in the case of posting on a website content that could adversely affect someone else’s reputation, the slightest control on that content by the host would be contrary to freedom of expression. The court finally found that the Applicant could be responsible for publishing the comments only if he did not remove them immediately, which was not the case.

II. Legal status
The Applicant, relying on Article 10 of the Convention for the Protection of Human Rights and Fundamental Freedoms [Convention], alleged that the rulings made in his case (under the Election Act) breached his right to freedom of expression, which was protected by the Convention.
The European Court of Human Rights [The Court] found that the domestic judgments delivered against the Applicant constituted interference by public authorities with the exercise of his freedom of expression within the meaning of Article 10 of the Convention. The Court noted that, in order not to violate Article 10 of the Convention, such interference had to be “in accordance with the law” and pursue a legitimate aim in accordance with paragraph two of that article and, moreover, be necessary in a democratic society to achieve that goal (Magyar Tartalomszolgáltatók Egyesülete i Index.hu Zrt v. Hungary, no. 22947/13, § 46, judgment of 2 February 2016). The Court stated that it was not responsible for adjudicating on the appropriateness of the measures chosen by the legislator to regulate a specific area; its role is limited to verifying that the methods adopted and the consequences attached thereto are consistent with the Convention (Gorzelik v. Poland, no. 44158/98, § 67, judgment of 17 February 2004). Consequently, the Court limited itself to examining whether the adoption of the Article 72 of the Election Act in conjunction with Arts. 23 and 24 of the Civil Code by the domestic courts was provided for the purposes of Art. 10 § 2 of the Convention.
The Court noted that in the present case the Applicant had decided to allow internet users to post comments without prior registration, but at the same time had introduced certain measures to detect potentially illegal content. The Court also noted that the Applicant had posted a message to users, urging them to respect the principles of good conduct and the rights of others. It is also important that the applicant immediately withdrew the disputed comments as soon as he was informed of their presence. In addition, he temporarily introduced access control and the obligation to register users in advance with an e-mail address.
As regards the domestic proceedings, in which the Applicant was ordered to stop disseminating the disputed comments and to apologize for them and was ordered to pay 5.000 PLN to a charity organisation and reimburse court fees, the Court found as follows. Following the cumulative application of the above-mentioned measures against the Applicant, he was subject to a sanction that could have an inhibitory effect on someone who, like himself in the present case, runs a blog. In this regard, the Court reiterated that the attribution of liability relating to comments from third parties may have negative consequences for the space reserved for comments on a website and discourage freedom of expression on the internet (Magyar Tartalomszolgáltatók Egyesülete and Index.hu Zrt v. Hungary, no. 22947 / 13, § 46, judgment of 2 February 2016 and Delfi AS v. Estonia, no. 64569/09, § 144, judgment of 16 June 2015).
In conclusion, the Court stands in a position that the domestic courts, which adjudicated in the proceedings instituted against the Applicant under the Election Act, failed to ensure a proper balance between the right to freedom of expression and the mayor’s right to respect his reputation as a candidate in local elections. The judgments of the domestic courts constituted a disproportionate interference with the Applicant’s right to freedom of expression and were therefore not necessary in a democratic society. Therefore, there has been a violation of Article 10 of the Convention.

III. Judgment assessment
This judgement is the first ruling determining about the notice and takedown procedure in a case concerning the obligation to remove content in a political debate. The Court – contrary to the Delfi A.S. v. Estonia (cited above) – held that the blogger could not be held responsible for the posted comments. It results from the case established facts, according to which the Applicant promptly removed the offensive comments, unlike in the Delfi case. Finding the Applicant as a person violating the Convention might have negative implications both for himself and for other bloggers who could be effectively discouraged from engaging in such activities.
Finally, this judgment should be regarded as a valuable and important guideline for Polish courts, which will probably have to deal with more similar cases. There is thus no doubt that in the present case the European Court gave an unequivocal priority to Article 10. However, the question arises whether this judgment has neglected or not to place a proper balance for the protection of reputation of others in this case?

Link to the full text of the judgment