Threats to human rights are always a massive challenge for societies, but above all for lawyers, who are defenders and those on the front line of a fight to protect rights and liberties. Particularly nowadays in Poland lawyers undertake massive actions to help our Ukrainian friends. You may read the information on actions performed by the Polish National Bar of Attorneys-at-law below. But lawyers must also act in cases that are against public opinion. That was the case when European lawyers helped refugees on the Greek islands during the 2015 migration crisis. The same issue was repeated last year when Polish lawyers stood for the rights of migrants and refugees used by the Belorussian regime to destabilise the Polish Eastern border. We strongly encourage you to read the below interview with lawyers from the Białystok Bar of Attorneys-at-Law engaged in legal aid for people stuck between Belarus and Poland. 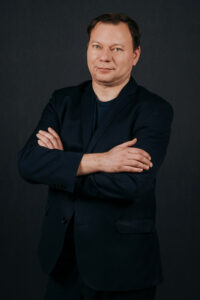 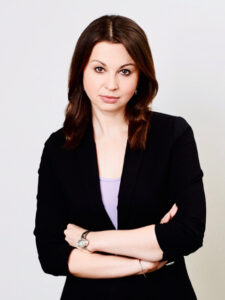 We simply did not consider any other possibility. Protecting human rights is the essence of our craft, and it applies equally to a resident of the border town of Grodek as it does to a foreigner crossing the border illegally. To a certain extent, this decision was also influenced by the specifics of my practice, which is primarily concentrated in border areas (and this translated into a pretty good grasp of the situation – significantly different from that apparent from the limited media coverage). We were also fortunate to meet people very involved in the work of the Border Group quite early on.

The assistance has proved to be multi-faceted. Contrary to popular belief, it does not consist of wandering through the forest searching for people who are then handed power of attorney to represent them before the competent authorities. We are taking a very subjective approach to people caught up in the current border crisis. And it has to be said that they often did not want to be assisted. Therefore, these are activities in direct contact with foreigners, such as explaining: procedures, legal situations, and possible courses of action. But representation in cases with direct contact is significantly more complex (also due to the epidemic) before the Border Guard, the Office for Foreigners, and the Courts. Finally, it also included applying to the European Court of Human Rights with complaints and requests for interim measures.

We focused on ensuring that refugees can enter the procedure related to granting international protection. It turned out – as in 2015 – that this is usually very difficult, if not unrealistic, due to the policy of intensive use of the procedure referred to in Article 303b of the Aliens Act (push back) and unjustified refusal to accept applications for protection by Border Guard officers – even at border crossings (vide the Kuźnica case). Such a choice of priorities turned out to be particularly important in winter when even a short stay in the forest posed a real threat to health and led to the loss of life by foreigners in a dozen or so cases. Therefore, we quickly noticed that the procedures described in the law do not work or work in a way that significantly limits foreigners’ rights. We began the practice of applying to the European Court of Human Rights in Strasbourg for an interim measure that the Court may order under Rule 39 of its Rules of Procedure before a formal complaint is filed. I can say that this is currently the only legal measure that suspends (and de facto excludes) the possibility of applying the legally and ethically questionable so-called push back procedure described in Article 303b of the Aliens Act (introduced into the legal order on 26 October 2021)

We are working with the ‘Border Group’, which is probably a well-known informal group of NGOs currently involved on the border. It is striking to see the picture of the group that is painted in the mass media favourable to the authorities. On Friday (4 February 2022), We read in one of the articles that it is an “anti-government organisation”. Such a narrative has nothing to do with the subject of activity of the affiliated organisations and independent activists.

Our cooperation evolved as the crisis at the border continued. The first engagement period – August / September 2021 – consisted of providing legal advice to people active in these organisations and assisting in formulating letters to public administration bodies. With time, it was more structured work accepting specific cases (including administrative and court cases) for legal services. Cooperation in coordinating the collection of information and sending applications to the European Court of Human Rights on their basis and then providing refugees with a formal opportunity to apply for protection is crucial. Sometimes I use analyses prepared by migration specialists working for these organisations (e.g., information on the situation in a particular country of origin of foreigners).

If we talk about the procedure in specific cases, including direct contact with the officers in charge, we cannot, in general, have reservations. In principle, personal communication at branch offices or access to clients apprehended by border guards has not been obstructed (we ignore the COVID-19-related conditions). There have been instances of obstruction by officers, but we believe this was due to a lack of relevant training rather than a lack of friendliness.

The evaluation of our work, however, sometimes varied. But even when there were attempts to question the attorney’s role (most often, it concerned the circumstances of granting a power of attorney), a calm conversation and argumentation made it possible to come to a constructive agreement.

A big problem has emerged ‘on the ground’. The current crisis has shown, in our opinion, cases of insufficient preparation of officers for service. There were cases of unjustified stops and searches of a vehicle (outside the zone of emergency), questioning the authority to act on behalf of clients (asking the powers of attorney granted). There were also cases of refusal to inform the defence counsel about the date of a detention hearing (more than once, it was necessary to obtain information by calling the criminal division of courts, which, due to the brief period for consideration of motions, significantly hindered the work of the defence counsel).

The soldiers of the Territorial Defence Forces are a different category. We all know cases where physical force has been used against journalists and activists. Often, these are people who do not have any legal training, which is no excuse. It can be said that there was no cooperation with this formation.

Despite this dominant attitude in society, it must be admitted that it did not affect the local perception of our work. Such an attitude was not noticeable. On the contrary, we had the impression that our activities were met with understanding among the inhabitants of our region. It should be borne in mind – and we raise this issue quite often – that the work of attorneys on behalf of foreigners is just as legitimate as the work carried out on a day-to-day basis within the framework of practice in other cases. Its essence is the daily fight for human rights. We perceive the dissenting voices as misunderstanding the essence of human rights and as an expression of succumbing to the propaganda spewed by the government and its sympathetic media. In any case, they did not and could not influence our actions. It may also be that the public perception does not consider the perception of the situation by the border communities. In our opinion, they are secondary victims of the situation on the border. This is for the simple reason that local people witness what is happening here. They do not rely on the often misleading media reports. Leaving aside the drama at the border, during the state of emergency, all restrictions and bans have de facto fallen on the shoulders of these communities. This public perception mentioned in the question has, in any case, not influenced our actions.

Our activities are essentially local, but they address a global problem. The problem of migration sensu largo is one of the larger ones already part of our lives. However, I have doubts whether it has penetrated wider consciousness. Perhaps this is because the Polish Government could have resolved the recent events on the Polish-Belarusian border humanely with no small problem. We have heard statements by members of the government that we are prepared to accept much larger numbers of migrants from Ukraine in the event of a conflict in the east. On the occasion of the previous wave of migration from Africa in 2015, the Commander-in-Chief of the Border Guard, General Dominik Tracz, said that his subordinate formation had experienced the migration from Chechnya and was prepared to receive a large number of refugees at the state border. In January 2014, in connection with the previous Ukrainian crisis, the Ministry of Interior instructed the Border Guard and the Office for Foreigners to prepare and update an action plan on an ongoing basis in case of mass migration of Ukrainian citizens to Poland. A year later, the Office for Foreigners registered 12,325 applications for international protection. The data for 2021 has not yet been made available, but the government estimated the number of refugees attempting to cross the border with Belarus at around 10,000. All of this indicates that it was possible to register and process applications for protection for every person who crossed the border with Belarus or prevents the tragedies that have occurred there in recent months. It seems that it was only as a result of cynical political calculation that the authorities took the path of creating a threat and introduced, to put it mildly, a legally questionable and certainly inadequate institution of push-back (Article 303b of the Act on Foreigners).

Recent experience should serve as a warning and a lesson to be learned. Professional representatives have a crucial role to play here. Our activity is becoming a factor in its own right in curbing the temptations of populist power. At present, international cooperation of attorneys is necessary in the case of sporadic attempts to transfer the procedure for granting protection to another Member State.