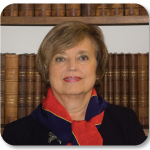 Lawyers play many vital roles in democratic systems by preserving, protecting and perpetuating the rights of citizens. In order to accomplish their mission, lawyers have essential rights but also significant duties such as.:
– independence of the public authorities
– freedom of speech
– the right not to be identified with their clients or their clients’ causes ;
– the right to legal privilege (professional secrecy) and the duty to safeguard it.

I. The principle of independence

In an impartial and balanced judicial system, lawyers play a vital role as a genuine auxiliary of justice. Their independence defined and protected by ethical rules of the profession, is indeed in the heart of an impartial justice. In their position as auxiliary of justice, lawyers do not organically belong to the public service of justice. They need to be independent . This independence has several aspects:
a) it is an intellectual first: lawyers must remain responsible of the legal arguments and the advices they give. They also need the right to refuse cases contrary to their conscience or likely to impair their independence
b) In order to maintain their independence, they have to keep a financial distance from their clients. For this reason, contingency fees are for example prohibited in the EU and there is a ban on participation in commercial activities.
The code of Conduct of European Lawyers enacted by the European Council of Bars and Law Societies (CCBE), formerly presided by Ms. Maria Slazak, describes under article 2.1 as follows the various implications of the principle of independence :
« The many duties to which a lawyer is subject require the lawyer’s absolute independence, free from all other influence, especially such as may arise from his or her personal interests or external pressure. Such independence is as necessary to trust in the process of justice as the impartiality of the judge. A lawyer must therefore avoid any impairment of his or her independence and be careful not to compromise his or her professional standards in order to please the client, the court or third parties. ».

a) Freedom of expression and its limits

There is no justice if the lawyer is not free to speak without constraint and guaranteed by a strong immunity. This freedom of expression is an essential guarantee for the defense of citizen’s rights. In the case Morice v / France, the European Court of Human Rights stated that:
‚Being the cornerstone of a democratic society, freedom of expression had a particular characteristic as regards lawyers, who had to be able to carry on their profession without hindrance; if the use of their speech were to be censored or restricted, the real and effective defense of the citizen would not be guaranteed [ECHR case Morice v / France, 23 April 2015, application n° 29369/10 of 7 May 2010). If necessary in a democratic society, freedom of expression of the lawyer may only be exceptionally limited, in order namely to impede the disclosure of information received in confidence (professional secrecy), to prevent the attempts to the reputation or rights of other persons or to the authority and impartiality of the judiciary.

b) Independence of the lawyer vis-a-vis his client

A reference to this kind of independence is made in the Code of Conduct for European Lawyers enacted by CCBE when it states that: ‚A lawyer must therefore avoid any impairment of his or her independence and be careful not to compromise his or her professional standards in order to please the client. (Article2.1.).
As qualified and trained professionals, lawyers will first of all advise their clients in consideration of applicable laws and become logically ‚the first judge of the case’. Furthermore, their necessary professional and intellectual independence implies that they should never be identified with their client’s causes. This consideration is extremely important due to the tendency, in certain countries, especially in non-democratic systems, to assimilate clients’ causes with their lawyers in order to jeopardize lawyers’ independence and freedom of speech.

c) Independence in front of the state authorities

In criminal proceedings, lawyers ensure the balance between defendants’ rights and their mission of maintaining public order. They must have the means to oppose the state authorities in order to assure the defense and representation of their clients, without fear for the latter or for themselves. A lawyer should never be subordinated to a political power and may only be controlled by independent self-regulating bodies i.e. Bars and/or the Law Societies. This independence from the State increases indeed substantially the necessary confidence of the client. The client’s rights are, of course, much better protected if he his is represented by a qualified professional who is not submitted to public authorities. Moreover, the respect of the ethical rules enacted by Bars and Law Societies independent from States contributes to reinforce the lawyer’s relationship of trust with his client. In many Member States of the EU, the legal profession successfully defends its ethical rules by letting them recognize by the States. Indeed, self regulation (fixing freely their professional rules and ability to organize and manage the profession) has to be considered as a corollary to the core value of independence.

By combining Articles 8 (right to privacy) and 6 (right to a fair trial) of the European Convention on Human Rights, the European Court of Human Rights offers an adequate protection of the duty of confidentiality – a principle which is not defined in the texts.
In the case Michaud v / France (ECHR 6 December 2012, application n° 12323/111 of 19 January 2011) the European Court of Human Rights stated that the licit fight against money laundering may not justify the deletion of the lawyers’ right to professional secrecy. It stressed that this right is essential in a democratic system and that the obligation for a lawyer to inform and cooperate with the authorities responsible for the fight against money laundering has to be executed in due consideration of the necessities of the protection of lawyers’ professional secrecy. The 4th EU directive No. 2015/849 on the prevention of the use of the financial system for the purposes of money laundering or terrorist financing applies this jurisprudence by providing that the delivery of the concerned information to the public authorities must be previously submitted to the approval of the competent Bar or Law Society which will decide if this disclosure could jeopardize the protection of professional secrecy.

e) The recent jurisprudence of the EHCR

In a recommendation to Member States, the Committee of Ministers of the Council of Europe has namely stated that:
“Bar associations or other professional lawyers’ associations should be encouraged to ensure the independence of lawyers and, inter alia, to:
a. promote and uphold the cause of justice, without fear;
b. defend the role of lawyers in society and, in particular, to maintain their honour, dignity and integrity;
c. promote the participation by lawyers in schemes to ensure the access to justice of persons in an economically weak position, in particular the provision of legal aid and advice;
d. promote and support law reform and discussion on existing and proposed legislation;
e. promote the welfare of members of the profession and assist them or their families if circumstances so require;
f. cooperate with lawyers of other countries in order to promote the role of lawyers, in particular by considering the work of international organizations of lawyers and international intergovernmental and non-governmental organizations;
g. promote the highest possible standards of competence of lawyers and maintain respect by lawyers for the standards of conduct and discipline.” [Recommendation R(2000)21, art.V § 4].

IV. The relations between lawyers and courts

The actual vision of a valuable relationship between lawyers and courts in a democratic society is properly expressed in the Opinion no. (2013) 16 on the relations between judges and lawyers, issued by the Consultative Council of European Judges (CCJE) on 13-15 November 2013 :
7. Judges and lawyers must be independent in the exercise of their duties, and must also be, and be seen to be, independent from each other. This independence is affirmed by the statute and ethical principles adopted by each profession. The CCJE considers such independence vital for the proper functioning of justice.
21. The CCJE considers that the “relations between judges and lawyers should be based on the mutual understanding of each other’s role, on mutual respect and on independence vis-a-vis each other. The CCJE accordingly considers it necessary to develop dialogues and exchanges between judges and lawyers at a national and European institutional level on the issue of their mutual relations. The ethical principles of both judges and lawyers should be taken into account. In this regard, the CCJE encourages the identification of common ethical principles, such as the duty of independence, the duty to sustain the rule of law at all times, co-operation to ensure a fair and swift conduct of the proceedings and permanent professional training. Professional associations and independent governing bodies of both judges and lawyers should be responsible for this process.”

Lawyers and their professional organizations have a crucial role in a democratic society founded on the respect of the Rule of the Law and the protection of human rights and fundamental freedoms. Lawyers must be able to work independently and without fear and they deserve therefore special attention by everyone interested in a fair and impartial system of justice. Furthermore, the lawyers’ independence is not conceivable without the establishment of professional independent associations. In every country, lawyers should consequently be entitled to form and join self-governing bodies to represent their interests and protect their professional integrity. These bodies shall cooperate closely with governments and courts to ensure that everyone has effective and equal access to legal services. They should also guarantee that the lawyers may counsel and assist their clients in accordance with law and recognized professional standards and ethics, without improper interference of public authorities. These core values of the profession are strongly linked and interdependent. They are the basic conditions of democratic society where citizens are entitled to confidence in their political and judicial system in order to ensure their fundamental rights and freedoms.