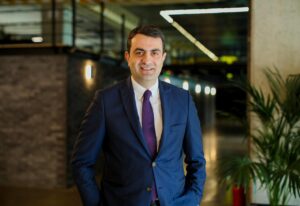 We are pleased to announce that Board of Directors of the European Association of Lawyers (AEA-EAL) unanimously elected David Asatiani (Georgia) for the post of Vice-President of our Association. David has been serving as member of the AEA-EAL Board for more than 3 years being devoted, active and engaged Colleague. During that time, he contributed with many actions, including organization of four big international conferences in Georgia. We are fully convinced that his energy, innovative approach towards cooperation of legal professionals and enhanced international contacts will boost AEA-EAL activities.

David was elected as President of the Georgian Bar Association on December 23, 2017. David is also Vice-President of the Union of Bar Association of Turkish and Related Countries. David founded the law firm – Asatiani Law Partners in 2005 and is still its founding partner. He has been a member of the Georgian Bar Association since its foundation and has served as a representative of the Bar Association to the Council of Bars and Law Societies of Europe (CCBE). Throughout his 20 years of legal career, he was a senior lawyer at various law firms and in 2012 he became a CEDR accredited mediator. David graduated from Tbilisi State University with a degree in International Law. He has received extensive professional experience in organization and functioning of the justice system and legal profession in the United States, United Kingdom, Germany, Belgium and other EU countries.